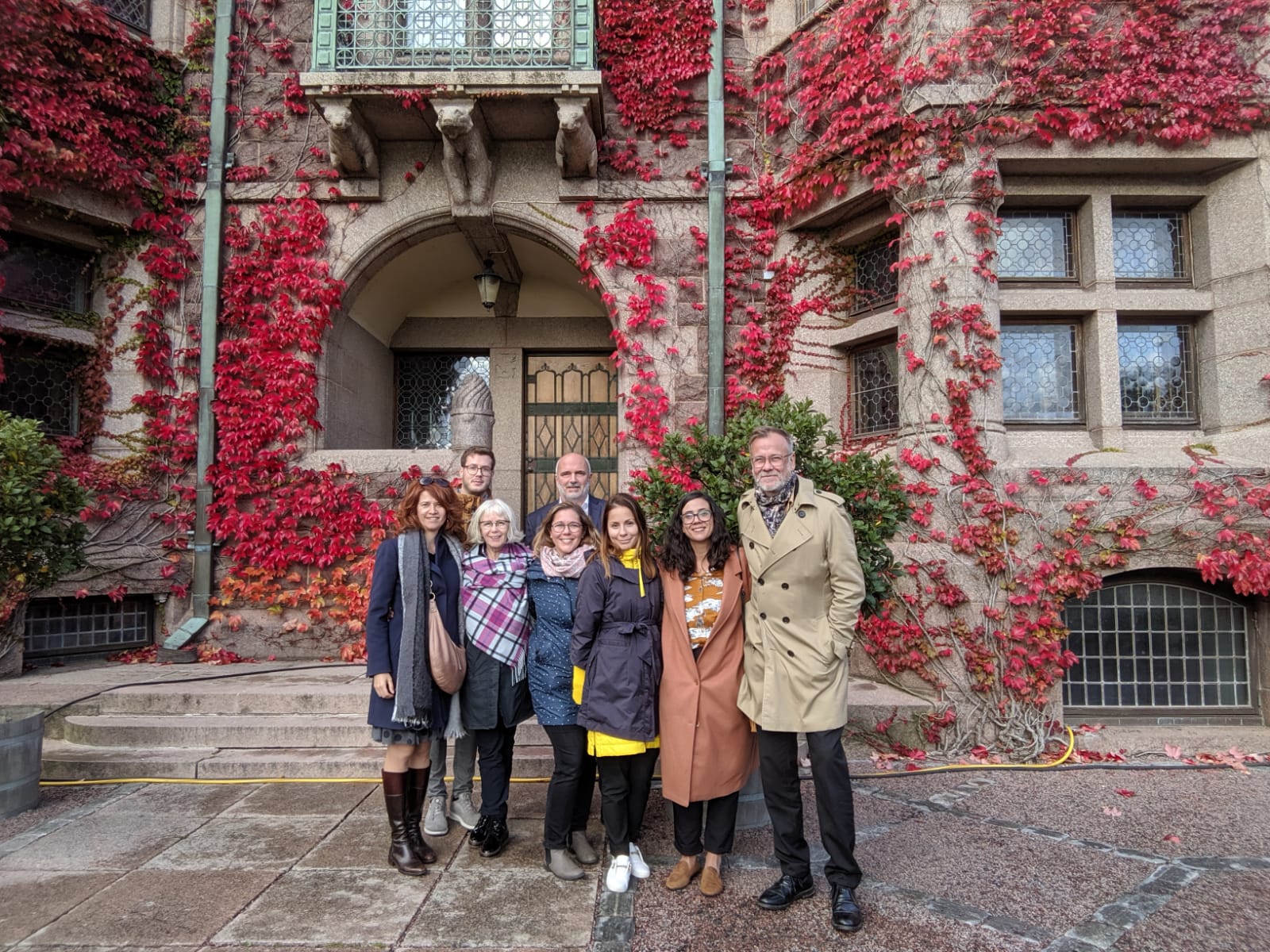 Our 3rd project meeting on September 30th and October 1st gathered the six HERITAGE-PRO project partners at the invitation of our Swedish partners Christer Gustafsson and Jermina Stanojev (RESTRADE) in Varberg / Province Halland, Sweden. Ever heard of Varberg? No? The little city half an hour train ride south of Gothenburg is worth a trip, especially when it comes to sustainable models in cultural heritage conservation. 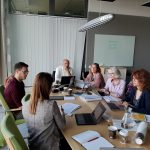 On the first day of the meeting, the discussion about the training modules that were developed in the summer, was right at the top of the agenda: Where do we still have to make adjustments? How can we coordinate the five modules perfectly? Which problems still have to be solved? These and many other questions were answered in the productive discussions thanks to the wide-ranging know-how of the project partners. The next steps will now be the incorporation of small changes and corrections into the modules. Subsequently, the individual modules will be sent to our consulting experts for testing in order to receive well-founded feedback from the practice of cultural management.

On the second day, the next steps of our project were considered: The creation of European guidelines for cultural heritage managers and a training kit for the easy use of the materials created in the project. These, together with the training modules, form the basis for the interdisciplinary approach of HERITAGE-PRO. The partners exchanged their ideas and contents intensively and agreed on the further procedure for the next steps. At the next project meeting in Belgium we will proceed to the next round of concretisation.

A further focus of the meeting in Varberg was to get to know the Swedish approach to the preservation of cultural heritage sites and the associated cultural heritage management. The project team visited the Grimeton radio station, Tjolöholm Castle and Kallbadhuset, a historic 19th century bathhouse in Varberg harbour. What all these projects have in common is that their existence has been threatened over the past decades and that they have had to be comprehensively restored. Our project partner Christer Gustafsson as cultural heritage manager was instrumental in all these projects to ensure that they were successfully restored and can now be used in an economically sustainable manner. The Grimeton radio station from the 1920s was even declared a UNESCO World Heritage Site in 2004, and the restored Tjolöholm Castle is now owned by a major Swedish automobile company as a prestigious venue. The Kallbadhuset is a historic sauna facility open to the whole population (and definitely worth a visit!).

We would like to thank our Swedish partners for this successful meeting and the many new experiences! We are looking forward to the next meeting in Belgium in March next year, which will be hosted by our Belgian partners of ENCATC, the European Network of Cultural Managers.

(The title picture shows the whole HERITAGE-PRO team at the back of Tjolöholm Castle surrounded by the most beautiful colours of autumn at the castle’s facade.)